An email was sent out the SaultBirds listserv about a white goose at the John Rhodes Community Centre in Sault Ste. Marie.  I was just leaving Desbarats from work at the time, so I thought I'd go check it out.  I arrived and found it instantly, since a white goose really stands out among a flock of Canada Geese.  Thanks to Mark Olivier for finding and spreading the word about this bird!  I had one in the spring as well, but it was seen from a distance with no chance to get decent pics like the ones I got below of this one. 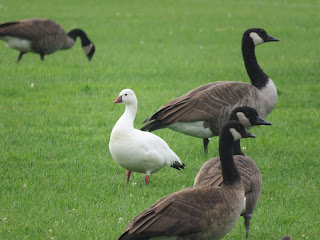 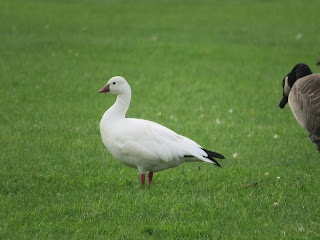 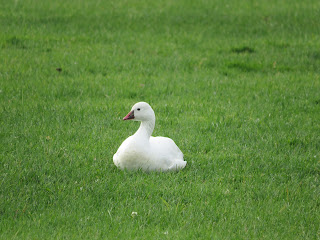