My 2018 Great Backyard Bird Count was pretty successful.  I managed to get a total of 36 species.  32 in my home Algoma District, Ontario and 24 across the river in Chippewa County, Michigan.

On Friday, the first day of the count, I birded a little bit before work and a little bit after and managed to get 23 species.  The highlight was my first Ring-necked Pheasant of the year.  Basically, all the other birds I saw were common feeder birds and the usual winter waterfowl species. I decided to stop and take a photo of a Common Raven though! 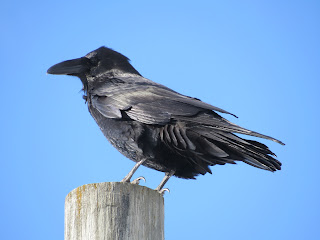 One of the Mallard I saw though was an intersex Mallard, meaning it's a female with a low estrogen level, therefore it was displaying male traits.  It retained it's female beak though! 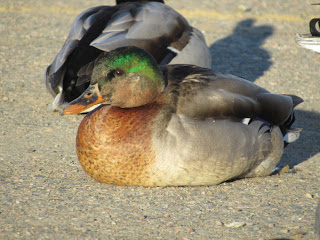 On the second day, the plan was to head across the river into Michigan was the Sault Naturalists to do some birding.  Before I met up with the group, I stopped in at Pine Street Marina to once again check out the Barrow's Goldeneye, which I didn't find the day before. 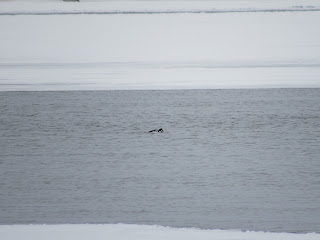 It was so windy that day that the Snowy Owls must have been hiding and out of sight.  It took us forever to find our first one.  You can actually see it's ear tufts! 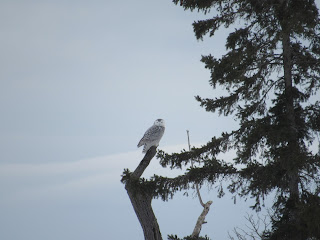 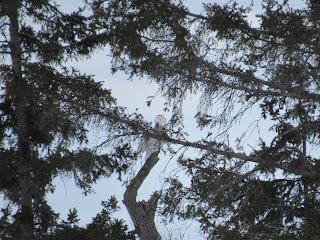 Only a few minutes later, our group of 14 found our second, but last Snowy Owl of the day. 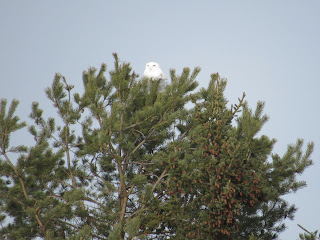 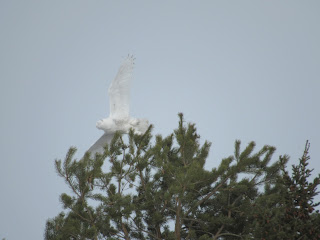 Some of the other highlights from the day were some Lapland Longspurs mixed in with a big flock of Snow Buntings, some calling Evening Grosbeaks and some House Sparrows at a farm.  I got some good photos of some Pine Grosbeaks! 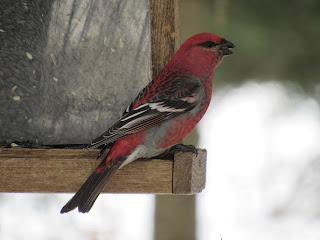 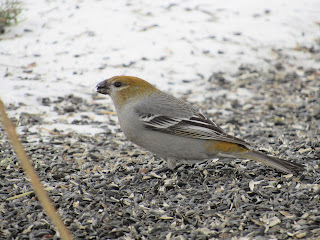 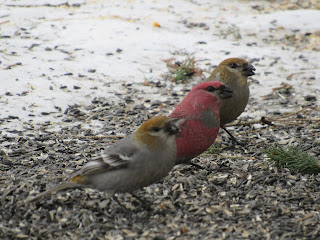 On Sunday, I didn't do much birding.  Ruffed Grouse was the only species I added for the count for the day.  However, at almost 9:30pm, my girlfriend got a message from a friend that a Snowy Owl was perched on a pole at the Parks Canada building.  We hopped in the car and drove over to see it, but it was much too dark out to get any photos.  Always nice to see a Snowy Owl on the Canadian side!

I woke up early on Saturday and headed to Whitefish Island, hoping to get some waxwings or a robin.  I got neither, but I got a Downy Woodpecker!  I also managed to see one of the continuing Common Goldeneye x Hooded Mergansers hybrids, but on the American side of the river.  This is the first eBird record of the hybrid for Chippewa County!  Later in the afternoon, my girlfriend and I went for a walk at Fort Creek Conservation Area.  There are a few feeder set up here and the birds were plentiful, including this Brown Creeper. 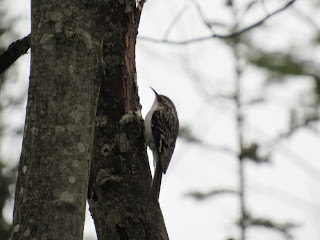 Further down the trail, Lindsey pointed out an owl like structure in a tree just off the trail.  Barred Owl!  I managed to get some pretty decent photos of it. 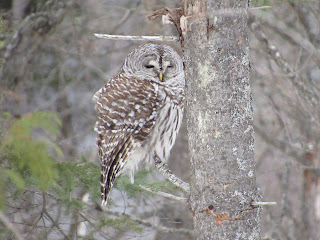 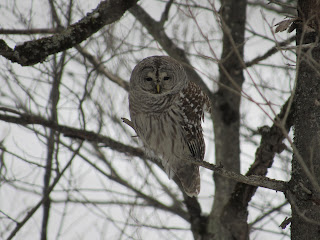 This is my first time actually getting photos of this species.  The past times I've seen them in the daylight, they haven't hung around long enough for photos.

So my 36 species this year is two less than last year's 38.  No Ring-billed Gull, Glaucous Gull, Canada Goose or Canvasback this year!  In total, 51 species were recorded in Algoma during the GBBC, but I don't think anyone reported the Great Gray Owl that was being photographed in the Bruce Mines area on Sunday.
Posted by Carter Dorscht at 5:52 PM