Yesterday morning, fellow birder Christopher Zayachkowski and I headed over to Michigan for a day of birding.  Our day started out with a mini Sault Naturalists outing.  Dave Euler was taking people down to the Rudyard area to see some Sharp-tailed Grouse leks and see the Snowy Owls prior to the regularly scheduled outing.

We arrived at a known lek location.  There were five Sharp-tailed Grouse hiding among the tall grass at first, then anther five flew it.  They soon began their dances.  It was pretty cool to see! 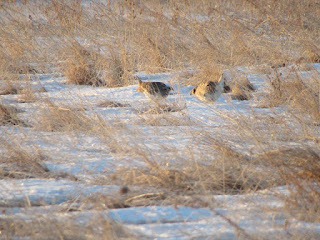 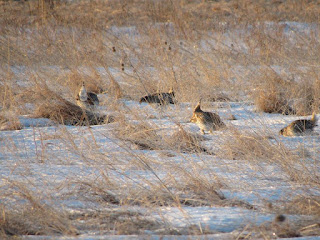 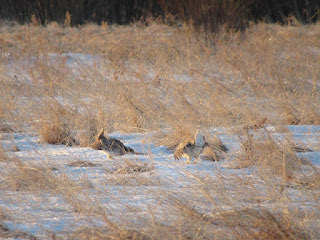 Then, they all suddenly stopped calling and dancing and just sat still.  This, sitting on a telephone pole just down the road, probably had something to do with it: 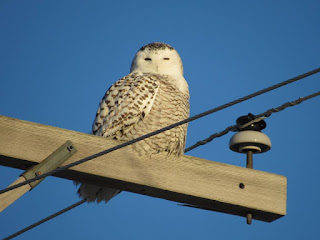 This was the first of many Snowy Owls we'd see over the next hour or so.  We did one loop of the Rudyard Loop and saw sixteen Snowy Owls and two Rough-legged Hawks.  Many of the owls provided good photo opportunities. 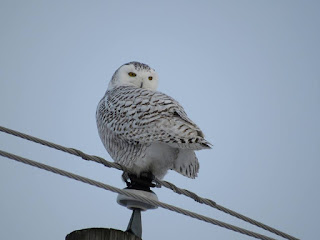 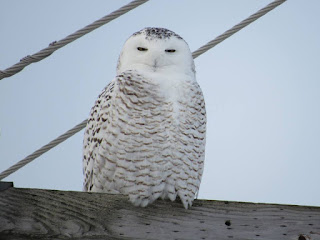 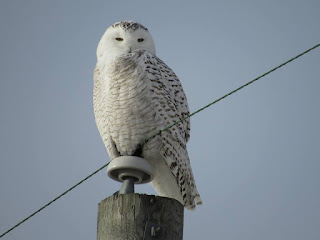 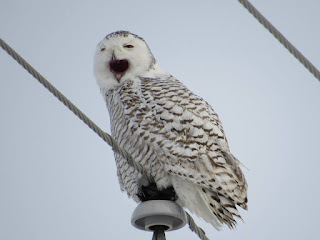 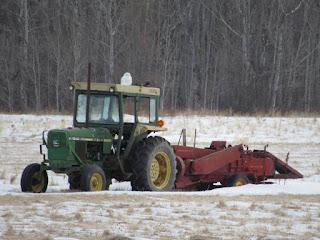 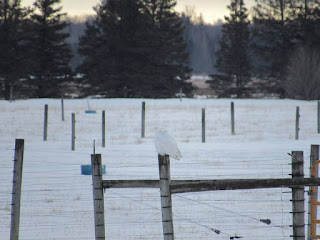 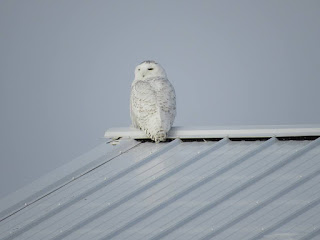 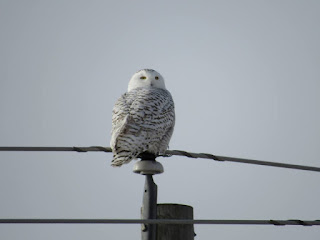 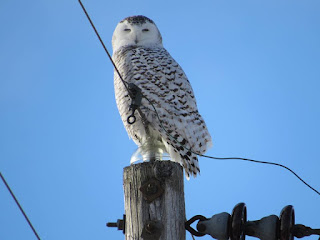 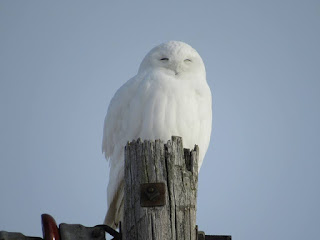 At this point, the others had to take off to meet up with the main Sault Naturalists outing.  Chris and I headed south to continue birding.  We crossed the Mackinac Bridge and arrived at the Mackinac Straits Raptor Watch.  For the first hour or so, not a single raptor was seen.  We did many a decent list of other birds as we waited though.  Finally, our patience paid off.  Golden Eagles!  In total, we saw 14 pass by.  A few flew directly overhead and I got some pretty crappy photos! 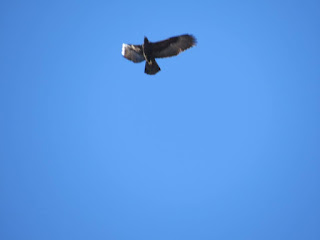 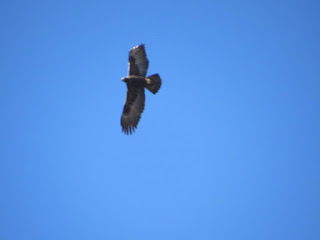 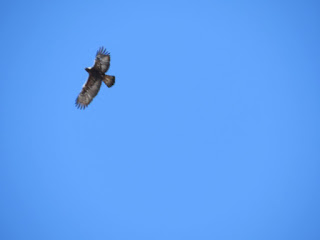 We ended up seeing three Bald Eagles, two Red-tailed Hawks and a Rough-legged Hawk before we took off and headed back north.

We made a quick stop in St. Ignace, where I saw my first Canada Geese of the year.  Other than that, nothing exciting at all was seen on our way home.  It was a great day though and I'll be sure to visit the raptor watch again soon.  But first, I'm leaving for Cuba tomorrow!
Posted by Carter Dorscht at 10:55 AM